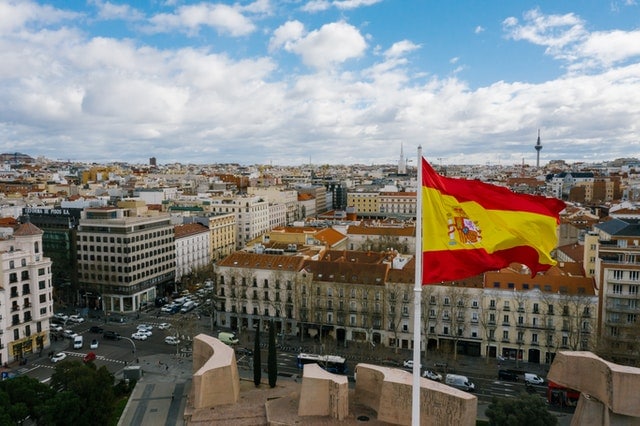 It’s important to be clear that a language normally concentrates in a particular geographical and political zone. A language is a wide umbrella term for a complex system that includes rules combining its components such as words either spoken or written.  In contrast, a dialect refers to a local variety of a language well-known by pronunciation, grammar, or vocabulary and spoken by specific people.

Some of the most common languages spoken in Spain are:

This language is also known as Castellano. It is spoken widely in Spain by about 99% of the population and it is significant as a historical language. Due to colonization it is also seen and known as the original version.

This is the official language of Catalonia and Andorra. About 8% of the population in Spain speaks it.  This is the northeastern region of Spain and the Balearic Islands. There is a close similarity in the Valencian and Catalan languages but they are definitely not the same.

About 4% of the population in Spain speaks it.  This is around two million people. The Valencian community which reside in the east of Spain speaks the language. Valencian language is also a romance language and is used widely by the lexical set from Spanish.

Around 2.5 million speak this language. That is about 3%. It is one of the romantic languages in Spain but it is heavily influenced by the Portuguese language. Making it mutually intelligible. It is mostly spoken by the people residing in the northwestern part of Spain. Historically speaking, Galicia and Portugal were united during medieval times and so the Galician Spanish language differs from the other Spanish languages.

Also known as Euskara, It is the only language in Spain that has no ties with any Romance language. It is one of the oldest languages in Europe—even older than Latin.  About 2% of the population speak this language. It is the official language of the Basque Country located in the northern border of Spain.

Around 4,700 people that are below 1% of the population speak Aranese in Catalonia, Spain. It is used in the Val d’Aran region in the northeastern part of Spain and derives from the Gascon dialect of Occitan. Many of the residents understand it, while a lesser 65% speak it. Owing to its ubiquity, Aranese has a co-official status with Spanish and Catalan in the region.

Andalusian Spanish is a linguistic modality of the Spanish language from Andalusia, Ceuta, Melilla and the southern areas of the province of Badajoz. It is one of the most studied dialects of all the variants of the Spanish language. Three different letters are affected. ‘S’ ‘Z’ and ‘C’ when pronouncing words.  Andalusian Spanish also leaves out many letters, such as the ‘s’ at the end of words and the ‘d’ from almost every word. These variations result in a smooth sound than other Spanish dialects.

Canarian Spanish is only spoken on the Canary Island, owing to the fact that the Canary Islands are so remote compared to other Spanish speaking countries. Therefore the dialect has not evolved at all. Canarian Spanish has a few oddities of its own like differences in word order and tense. The natives have some few added vocabulary in their language such us example; – chachi (nice)

This language belongs to the southern dialects of Spanish with strong similarity to the dialect of Andulusia or Murcian. Nevertheless, in northern Extremadura these southern features join with some Leonese features, forming the Extremadura language, which is currently completely endangered. In the rest of the region, the effect of Leonese on the language is marginal.

Murcian Spanish is a local variety of Spanish spoken in the Comunidad Autónoma de Murcia, in south-eastern Spain.

As you learn Spanish, you will need to know exactly what you would like to achieve. If you are a tourist and want to communicate with the people who you will meet in a particular region, it is important to be aware of the differences among these variations.

If you are looking to get into business in Spanish-speaking markets around the world, you will want to understand the variances in dialect, but beyond this, the differences in cultures are very important to understand.  Languages in Spain are a variety and their dialects are just as many but hey! That is what makes the Spanish language very interesting.

Do you want to learn more about life in Spain, take a look at the accents in Spanish!

–AR ending verbs in Spanish with examples and exercises