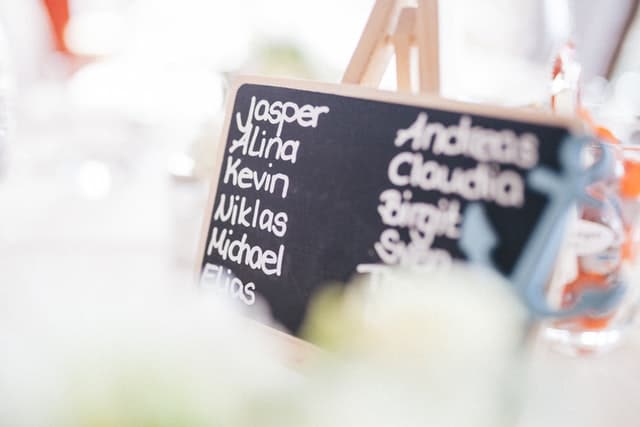 Spanish names: a universe of their own that now we will introduce you to. Not all Spanish names are necessarily Castillian: as you will find out, loaning names from other languages is becoming an increasingly popular trend.

That means globalization is somehow having the higher ground in the perennial arm-wrestling between our becoming a world village and languages such as Spanish that are adamantly reluctant to absorb foreign words. To prove the point above, we just need to remember how in the 1970s Star Wars saga film A New Hope’s Luke Skywalker became Lucas Trotacielos, Han Solo went to be christened as Aníbal Solo, and, yes, R2D2 was invested with the infamous Arturito alias.

But not anymore: an old-school Spaniard may faint upon finding that Isabella, Samantha, Emmanuel, Antonella, Matthew, and Christopher rank quite high in this popularity contest, over more traditional combinations based on María (María Cristina, María Carmen [Maricarmen], María Pilar) or Juan (Juan José, Juan Diego, Juan Carlos). Interestingly, the use of María + any other name was not always a thing: it became a fad in the 60s.

And… We need to remember that the languages from four very defined and vibrant cultures are spoken in Spain: apart from Spanish-Castillian, we also have Galician, Catalan, Basque, and a myriad of regional dialects which refuse to be left for dead. Each has contributed names that are very well known and used: Iker, Íñigo/Ignacio, Mikel, Nurue, Itziar (Basque) – Jaime/Jaume, Marc, Álex, Julia, Montserrat (Catalan) – Iago, Brais, Xosé, Noa, Nerea (Galician), etc.

Here’s the list. Obviously, there are so many more but for now, we will content ourselves with 30 names per gender.

As in many other languages, Spanish names may be put in their diminutive forms as terms of endearment. We usually do this with people we know well, close friends and relatives.

One would say “y” is used for male names and “i” for female ones, but there is nothing certain stated on paper anywhere

SPANISH NAMES THAT SOUND GOOD OR BEAUTIFUL IN ENGLISH

Some of these are definitely gorgeous Spanish first names and could be used in any language if the combination with the last name will result in music for everybody’s ears. Although the stream goes quite in the opposite direction (name children with foreign words, e. g. Anthony Pérez, Samantha Zubizarreta), there are Spanish names that sound good in English and are considered “bilingual”. Among these, we have, for males:

While for women we find:

As a conclusion, here are some Spanish names if you eventually think of giving a touch of Iberian glamour to your future kids. Spanish sounds even better when it comes to names!